Below you will find a few testimonials to show how effective the McCullough Method of Reflexology can be.

My three year old daughter has had bowl movement issues for the last year. At first we chalked it up to her being afraid of it hurting therefore just holding it in. My husband and I then noticed that there was a pattern or so we thought. After cutting out the food we thought was the problem and adding probiotics daily things were ok for awhile. Then one week she went four days without going and she was miserable. I called Daryl and he was able to see my daughter that same day. After working on her for about 20 minutes, talking to her and making her giggle the entire time, two hours later she had a large bowel movement and was back to being our fun loving, happy girl.
Jessica 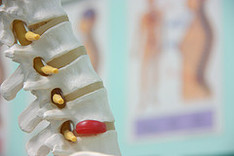 Photo by Michael Dorausch www.michaeldorausch.com
In December of 2012, I suffered a back injury at work. I herniated my L5:S1 disc to the point that it actually burst. In the process, my sciatic nerve was pinched, causing my left leg to alternate between numbness, and terrible pain. In addition, the muscles in my lower back were also strained.
I was prescribed several medications, but was still unable to walk without great pain for several weeks, while awaiting surgery.
After one session with Daryl, I was able to walk with a GREATLY reduced amount of pain. In short, I was amazed. I don't know any other way to put it. I could actually feel the knots in my left leg MOVE and then disappear. I would highly recommend his services.
Justin

Back and Hip Issue

I wanted to say that I actually woke up feeling awesome today after my appt with you last night. I stood up better and quicker from the bed than I have in a long time. You really did an amazing thing. I never thought of bringing it up, but I've also been unable to go down a set of steps properly for a long time. I have to step down each time with the right foot and then bring the left down, probably because my brain realizes that it is in such bad shape that it won't hold my weight on it alone. I'll have to see how that improves as we go.
Apryl
​
get this in late I seen Daryl this last summer it was very painful to walk or stand for any time also pain in the knee by the time Daryl was done I was like a kid with new shoes just wanted to keep walking because there was no pain I could bend the knee with no pain :) Thank you so much Daryl
Joyce
​

Shoulder and Upper Back Numbness 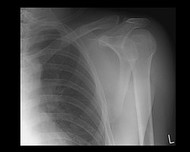 Courtesy A. Sparrow
Daryl did an amazing job on my shoulder and arm. I came in with total numbness on my shoulder blade up and around my arm and in 3 sessions I feel so much better and relaxed. I can actually feel my whole back now thanks to him! Highly recommend this to anyone. He does miracles :) I love natural therapy.
KaSandra

He has done wonders for my back and hips! I no longer have the intense pain I used to have, with his reflexology treatments I have become more active, because I don't have the intense pain!
Andrea
​
Super!! Thank you so much Daryl for getting me in quickly during Christmas holiday. IDK what I would have done without you. As you see, I didnt even need that follow up. You did wonders for my back!!!
Jonni
​

Daryl is very good at what he does he has helped me tremendously!! He is very honest with you if he dont think he can help u he will tell you unlike some places they keep havin u go back and wasting money! Thanks daryl for all u do for me:)
Darlene
​
Been going to Daryl when the need arises for many years. Amazingly intuitive and pin points the area in need of attention with results! Not only is he very personable and professional but also very knowledgeable about supplements, oils, and other natural medicines. If he isn’t fully sure of how to best answer, he will take the time to look into it and get back to you. ​
Deb
​
Very knowledgeable and down to earth. Always takes care of any issues I see him for.
Patrice

Daryl finds where the problem is in your feet which in turn is what is going on in back ,neck,shoulders whatever. AMAZING
Carol

The best experience ever! While working on my feet Daryl said to me "do you have trouble with your liver"? Yes I was floored as I do have trouble with my liver and had know idea that could be detected through reflexology! Yes he is that good!
Desta
​
Has done more for me than any of the doctors I have seen in the last 4 years. Thank you from the bottom of my heart! Love you!
Chris

If you have been considering  Reflexology treatments with Daryl McCullough don't hesitate any longer.  I am a 52 year old woman with chronic back and groin pain for the past 30 years. I could go on and on about how many different doctors, medicines, treatments, and different machines, gadgets and devices I have tried.  The list is substantial as well as the money spent.  The pain was getting worse.  I was to the point of being depressed.  I felt hopeless sometimes because I realized I could no longer do the things I enjoy.     Daryl was recommended to me in the Spring of 2013.  I consider him a  miracle for me.  My chronic back pain is gone.  When I garden or clean the house for a few hours my back will be fatigued at the end of the day but it always feels better in the morning. My point is that I can do those things once again.  Daryl still gives me a treatment every 4-6 weeks.  My groins usually need a tune up by then.  I don't know why I have that problem (they lock up and I can't walk for a while after I stand) and neither do the doctors.  Whatever Daryl does, it relieves that pain for about a month.  I no longer have to take anti-inflammatories. They helped, but they made my stomach bleed.  I had to take other medicines to offset other medicines.  I had nerve blocks that made me ill for 5 days and only helped for 10 days.  I tried countless other drugs that made me, not me.  I thank God I knew enough to take myself off those meds.  Doctors will prescribe anything. If you're reading this, you're probably considering reflexology.  I can't say enough good things about it or Daryl McCullough.  He is the only reflexologist I have ever been to so I'm not sure if he is the best but I think he must be.  I will rate him 5 stars out of 5. He is amazing.  PLUS+ He is such a nice person and conversationalist.  It's truly enjoyable time spent and money well worth it.(which isn't a lot compared to what you might spend on alternative treatment.) I highly recommend Daryl.
Sincerely,
Debra
​
I've been seeing Daryl for years. I have a lot of neck,back and hip issues and always leave my appointment feeling much better! Daryl's a great guy who makes you feel very comfortable, "you'll be friends in no time" He's definitely very knowledgeable and passionate about what he does. Give his "magic thumbs" a try, your body will thank you!!
Jody
​

Daryl brings an overall sense of relaxation and relief when my body is feeling stressed, tense and twisted. I brought my daughter to him because she was suffering from migraines. It has made a tremendous difference and she no longer needs to take prescription medicine. I have also introduced a friend who books double sessions to help with her knee, back, and neck pain.
Deb
​
Daryl at Slippery Elm Reflexology produces amazing results! Both my Wellness Chiropractor and Masseuse recommended his practice to me. I started going to him for thunderclap headaches and migraines. I haven't had a thunderclap for almost 6 months (since he started working on me) and I went from having migraines on a daily/weekly basis to stretching them out with a three month gap in between. I was astonished! I cannot possibly speak more highly about Daryl! He is an absolutely incredible Reflexologist and I have heard nothing but wonderful compliments about him from his many clients! Go see Daryl! You'll be glad you did
Ricci
Powered by